The International Brotherhood of Magicians (IBM) is the world’s largest non-profit organization for professional and amateur magicians, with approxiamately 14, 000 members worldwide.

The headquarters are located in St.Louis, Missouri, and there are over 300 local groups called Rings, in 73 countries, largely concentrated in cities in the United States and Canada.

The organization publishes a monthly periodical entitled ‘The Linking Ring’, which features tricks, voverage of shows and events in the magic community, and interviews with magicians.

The organization was founded on February 10, 1922 in Winnipeg, Manitoba by Len Vinous of Transcona, Manitoba, which would later amalgamate with Winnipeg. Gene Gordon of Buffalo, New York and Don Rogers. The IBM was begun by magicians living outside the major cities, who were unable to attend magic club meetings, and who kept in contact by post. 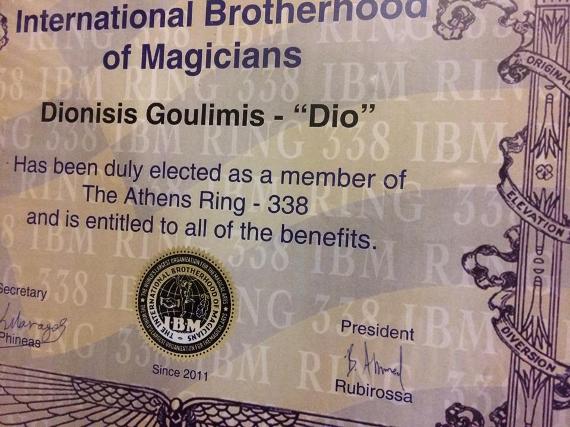